Christmas time, Christmas trees and nativity figurines are the undisputed protagonists. If the Neapolitans are accustomed to the particular figurines sold in San Gregorio Armeno, so the Catalans are used to theirs, the famous Caganer.

The name recalls something strange, the presentiment you are having is right, it is about particular Figurines that depict characters intent to defecate.

The "Caganer" is a typical figure of the Cribs of Catalonia, traditionally represented as a farmer, wearing typical Catalan clothes, with beret, white blouse and belt, but also in this case the particular fantasy of local artisans, led to the creation of Caganers, depicting politicians, footballers and celebrities. 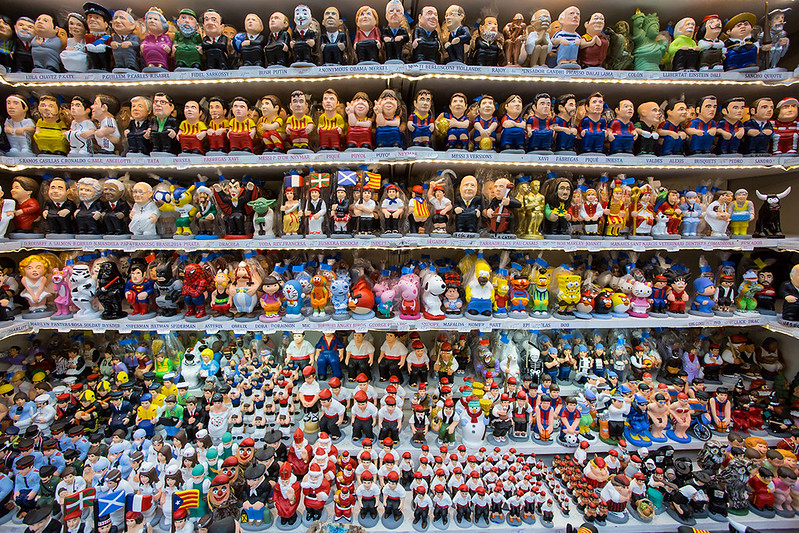 According to tradition, which dates back to the seventeenth and eighteenth centuries, the presence of this particular character on the Nativity Scene is a source of fortune and joy, perhaps linked to the symbolism that sees this act as fertilizer of the earth.

Despite being a witty figure, it is indisputable that it can be out of tune with the classical setting of the Nativity scene, for this reason it is placed in a secluded place away from the manger that awaits the Birth of Jesus.

The expert hands of the members of the Alós-Pla de Torroella de Montgrí family, owners of the Caganer.com company, since 1992, produce handmade figures, giving life to new subjects every year, enriching their catalog.

The Caganer has provoked several controversies, the first in 2005, when the city council of Barcelona commissioned a scene of the nativity lacking the traditional Caganer, to the protests of the citizens it was explained that this decision was linked to the law that forbids to urinate and defecate in public, so the Caganer would have set a bad example.

However, this controversy diminished the following year when the character reappeared on the nativity scene, obviously placed on the sidelines. Another controversy dates back to 2013 when for the first time, the Virgin of Montserrat was represented sending the Bishops and the Clerical World on a rampage.

Where to buy Caganers

Also in this period, the Catalonia is equipped with the famous Christmas Markets, the stands of Caganer.com, are present in the following places:

In addition to on-site sales, through the Caganer.com website you can choose from the 350 available subjects and receive the product directly at home.

More in this category: Travel&Shopping: What should you buy in Naples? »