Danish cuisine is a happy mix of tradition and innovation, combined with care for the freshness and quality of raw materials. One of the basic dishes is the , slices of rye bread garnished with salami, cheese, fish, vegetables etc; in specialized restaurants, numerous and appetizing variants can be chosen

the different regions of Denmark, the dishes of the rural or marine tradition survive, such as the Fionia omelette; the dried and smoked pork sausage from southern Jutland; the eel roll typical of the Lim Fjord area. Famous in Skagen, the preparation of fish (usually sole or ) with accompanying cranberries, a side dish invented by the fishermen themselves, to make up for the lack of potatoes due to the sandy nature of the soil.

10 typical dishes not to miss in Denmark 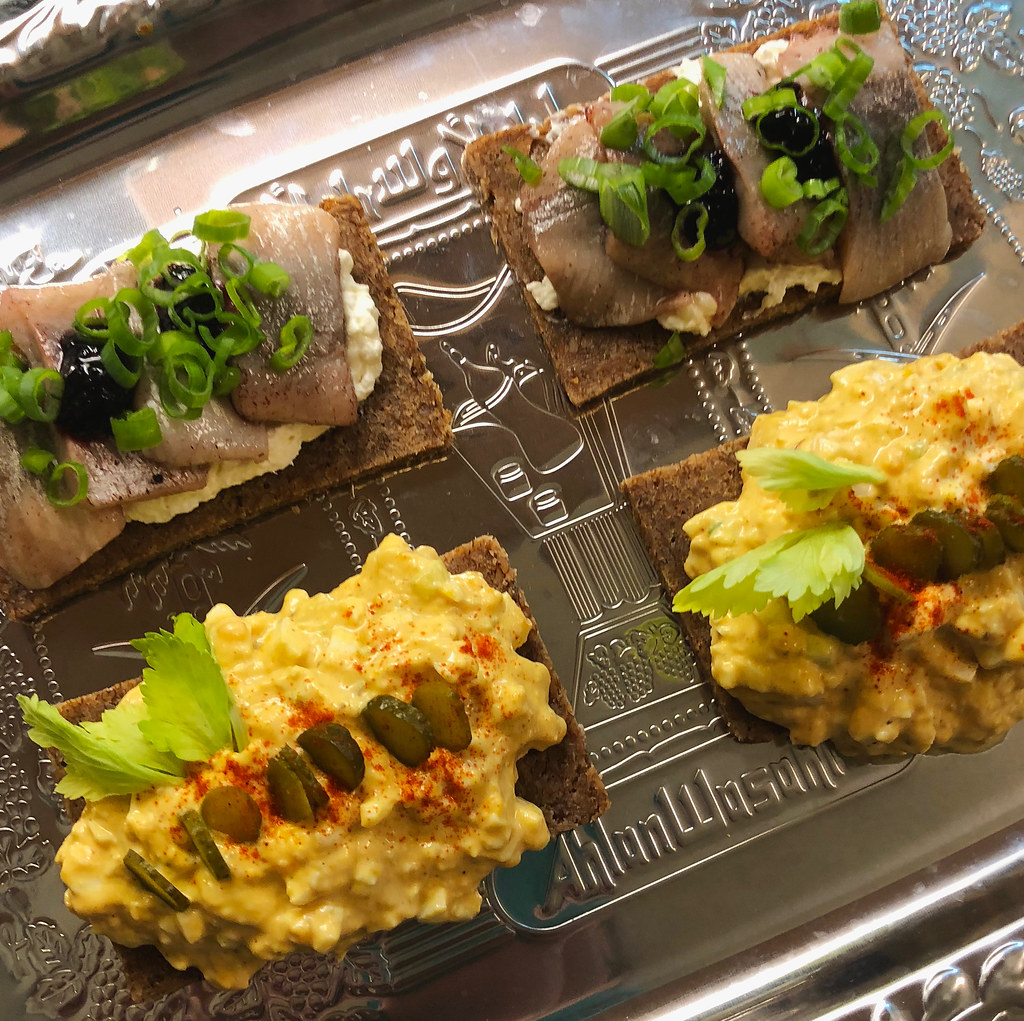 Is sandwich consisting of buttered rye bread that is topped with numerous ingredients, such as cold cuts of meat, cheeses, spreads, meatballs, caviar, and typically accompanied by vegetables, herbs, and salads. 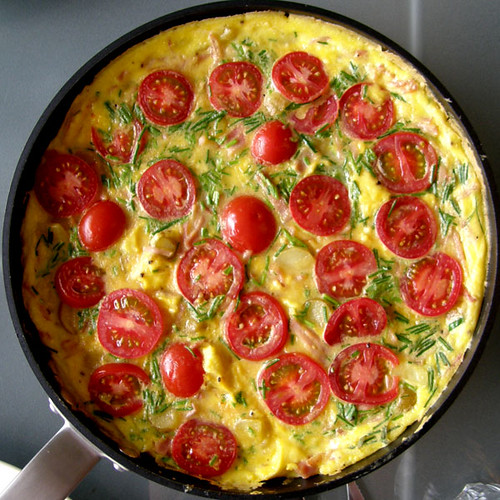 dish consisting of a mixture of lightly beaten eggs, milk, and flour, which is poured in a skillet and topped with various condiments. 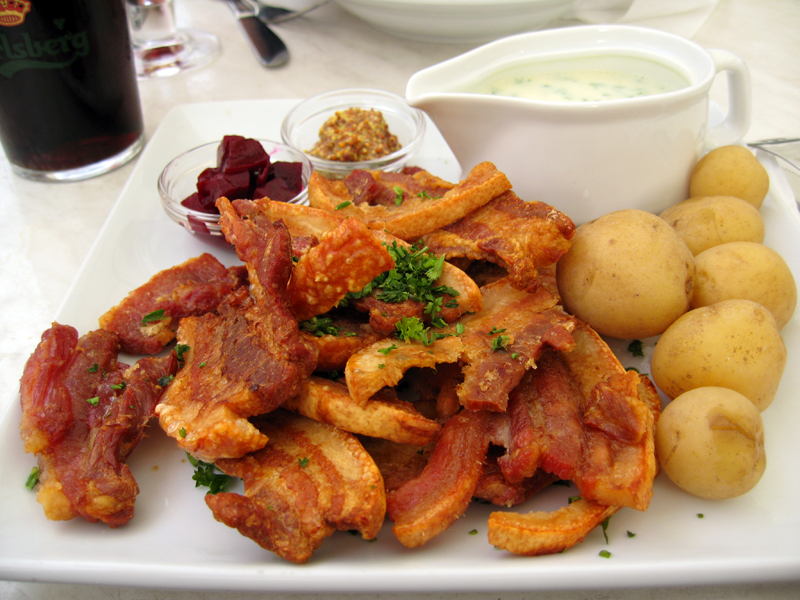 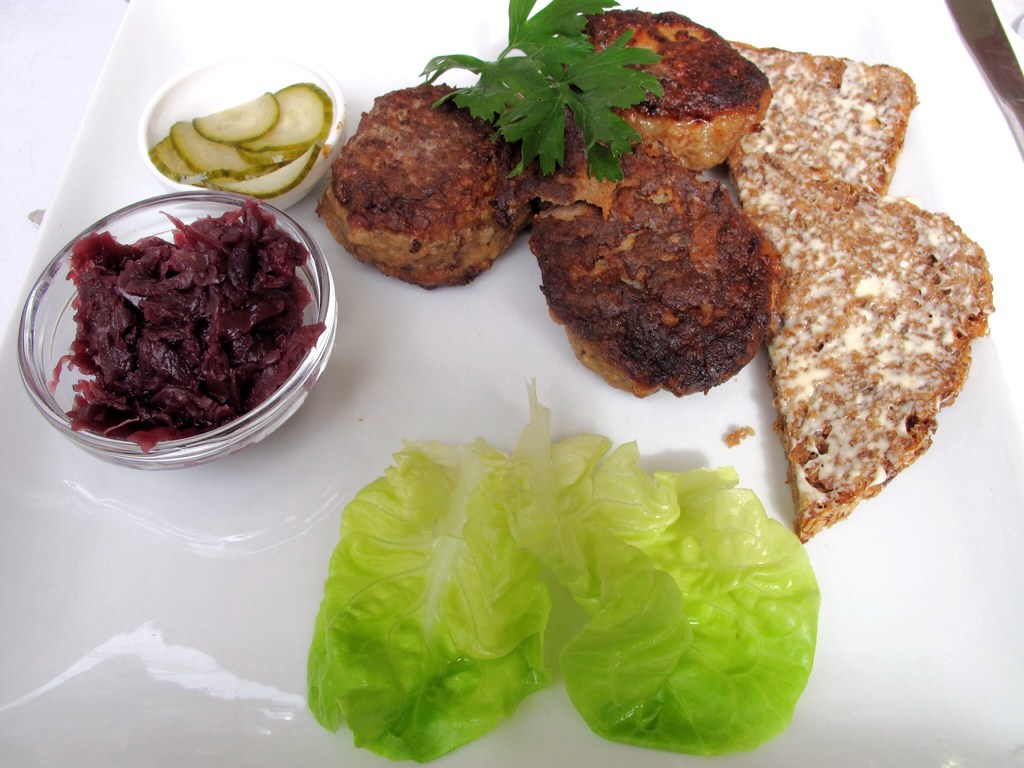 Danish meatballs that are usually made with ground  typically served with boiled potatoes and traditional Danish brown sauce on the side.

Chicken slowly braised in a broth, usually alongside onions, parsley, and peppercorns. 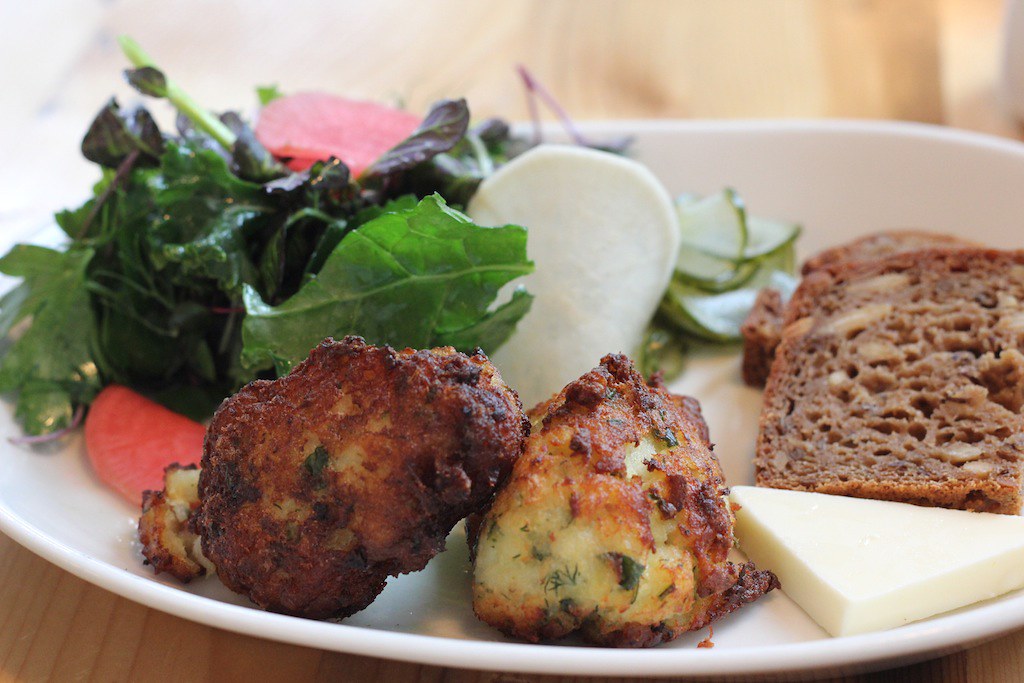 A pan-fried, crispy hamburger patty made of minced beef,  served alongside caramelized onions and boiled potatoes 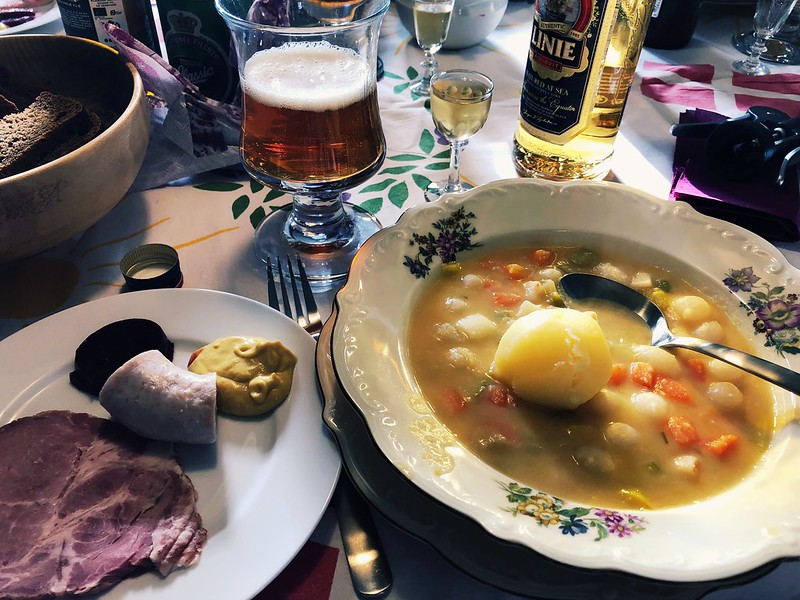 A soup made of green or yellow split peas cooked together with various vegetables and seasonings.

A sort of crumble consisting of a creamy, cinnamon-spiced apple sauce that is layered between crispy breadcrumbs or crumbled cookies. 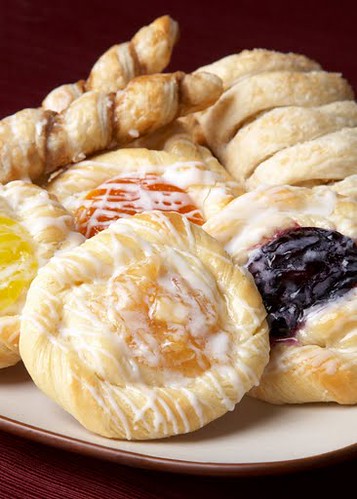 sweet treat made with laminated dough, where the dough is repeatedly covered with butter and folded over itself and shaped into different forms and filled with flavorful, creamy fillings.