It is considered one of the symbols of France, along with the Eiffel tower and the cockerel. It is the baguette, that particular bread that brought under the arm of most Frenchmen who roam the streets of towns and cities at lunchtime.

A piece of paper to guarantee a vaguely acceptable grip from the point of view of hygiene and on the way, other than bags and small bags: also because the bags for the baguettes should be of disproportionate size with respect to the content.

Yet the baguette, not everyone knows that, is a type of bread of Austrian origin: it appears to have been produced for the first time in a Vienna bakery in the mid-nineteenth century when steam ovens began to be used instead of traditional wood-fired ones.

This innovation favored the creation of bread with a particularly crunchy crust, so as to have to be lightened by the presence of some grooves on its surface. 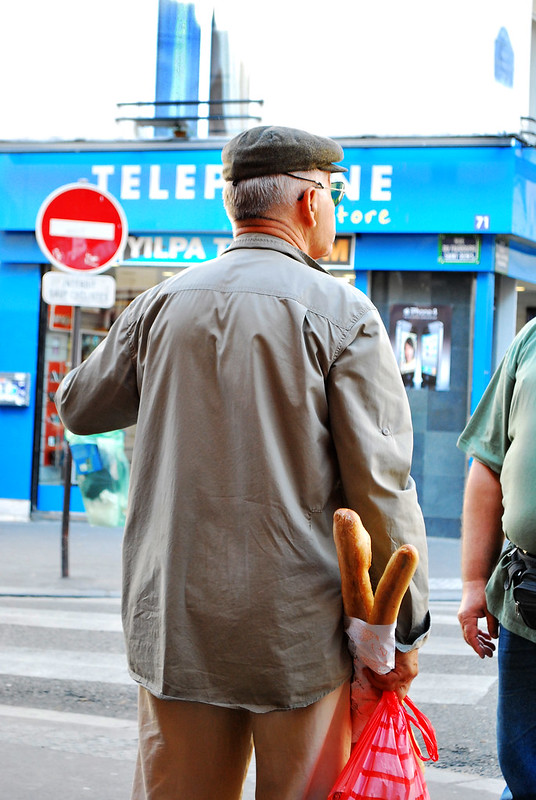 The idea of ​​creating such an elongated shape seems to be linked to the saving of space on the long trays that were then introduced in the ovens: many elongated "snakes" allowed to bake more bread in less time, and so Vienna was invaded by the new bread.

In 1920 that particular Austrian bread became the most suitable solution for French bakers to adapt to the new rules that required waiting for the four o'clock in the morning before starting to bread: prepare in time the traditional roundish loaves to which the French were accustomed became impossible, so the inspiration to the Austrian "stick", baguette in French, which required less cooking time and made it possible to satisfy a greater number of customers with a single batch. 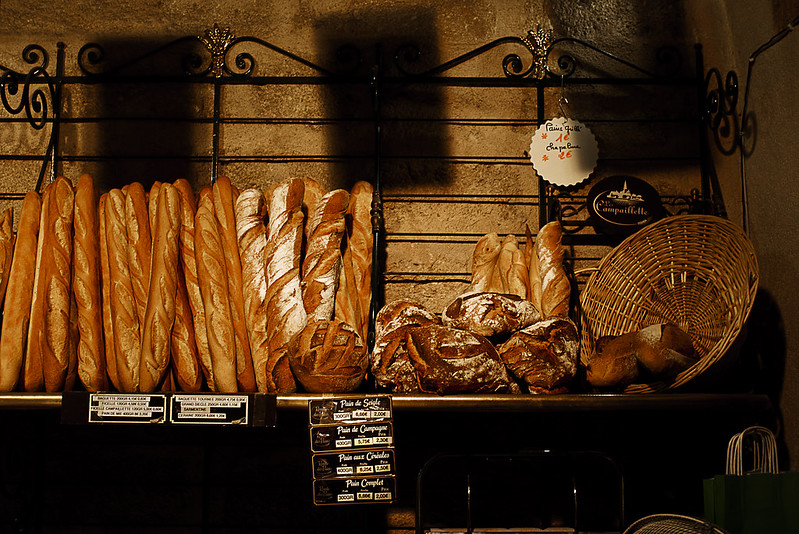 Since then the French started to enjoy it and the baguette became a true icon of Frenchness. However, there are those who attribute the invention of the typical form of bread to Napoleon Bonaparte, just to avoid having to share with the Austrians the spread of a product that has become extremely trendy: it seems, according to this version, however, without credible historical evidence, that the baguettes were made by French bakers because Napoleon had expressed the need to bring with him during his numerous war campaigns a type of bread that was less cumbersome and easier to transport than traditional round loaves.

So a Parisian baker tried to bake what would become the symbol of the country, much appreciated by the soldiers not only because many pieces could be placed in the backpack, but also because the taste was more pleasant than that of traditional bread: crunchy and crumbly outside, but soft and delicate inside.

But if the origin had really been that of "Napoleon", a minimum diffusion at least in the areas affected by imperial expansionism would have occurred, and instead nothing, the baguette remained a typical French bread, with some rare attempt at imitation in a land, Austria, which never had anything from Napoleon.

This is why today we tend to believe more in the theory of import rather than that of the autochthonous genius: be that as it may, it is undeniable that the baguette is one of the tastiest and most appreciated breads known.

More in this category: « 10 of the most strange foods in the world How do you have breakfast in different countries of the world? 10 different ways to start the day »